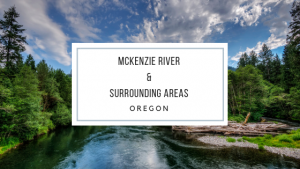 The McKenzie River is a 90-mile tributary of the Willamette River in western Oregon in the United States. It drains part of the Cascade Range east of Eugeneand flows westward into the southernmost end of the Willamette Valley. As of the 21st century, six large dams have been built on the McKenzie and its tributaries.

Best things to do on the Mckenzie River…

Vida is located on Oregon Route 126 and the McKenzie River. Vida was originally named “Gate Creek”, but this caused confusion with a community of “Gates Creek” in Washington County, so the name of the postmaster’s daughter was selected instead. Vida is home to the historic Goodpasture Bridge, a covered bridge that was added to the National Register of Historic Places in 1979. It is the second-longest covered bridge in Oregon.

Best Things to do in Vida…

Best things to do in Blue River 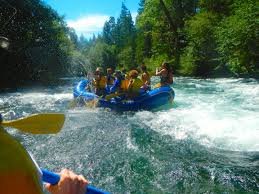